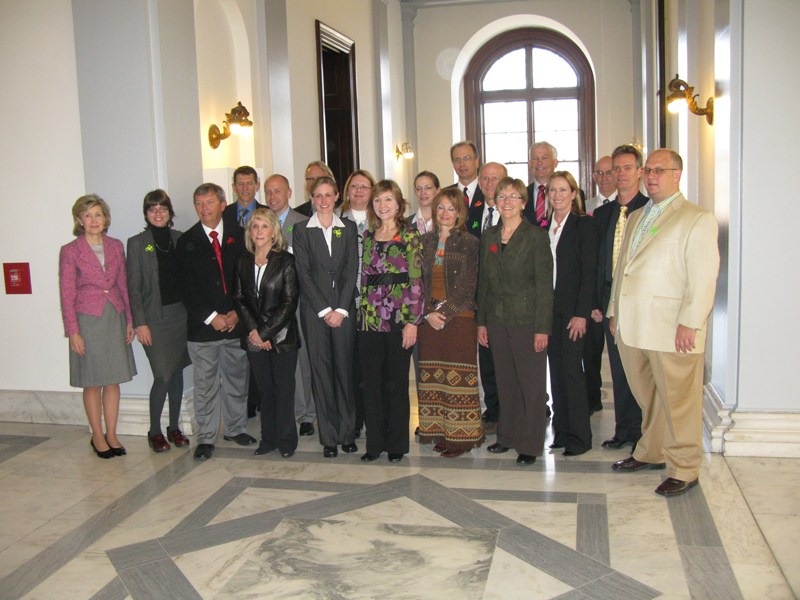 Calling all bicycle advocates! The League of American Bicyclists National Bike Summit will take place March 9-11, 2010 Now is the time to start making your plans to go!

The 2009 Bike Summit saw a great turnout of Texas cyclists. BikeTexas staff organized and scheduled meetings with staff of both Texas senators, John Cornyn and Kay Bailey Hutchison, and with both staff and Members of the Texas congressional delegation. The meetings were a great example of ordinary citizens exercising our democratic rights to ask our representatives to support legislation important to cyclists.

Bike Summit attendees also attended great bike advocacy and policy sessions put on by LAB; ate, drank and hobnobbed at a reception in the Russell Senate Office Building; and generally had fun hanging out with a dedicated and passionate group of bicyclists from all over the country.

Each Texas bicycle club should send/sponsor one person to the Summit. Call BikeTexas at 512-476-7433 or email us at mail@biketexas.org with questions. BikeTexas staff plan to be there again this year – we wouldn’t miss it, and we hope to see you there too!

MISSION BikeTexas advances bicycle access, safety, and education. We encourage and promote bicycling, increased safety, and improved conditions. We unite and inspire people and provide a cohesive voice for people who ride bikes in … END_OF_DOCUMENT_TOKEN_TO_BE_REPLACED