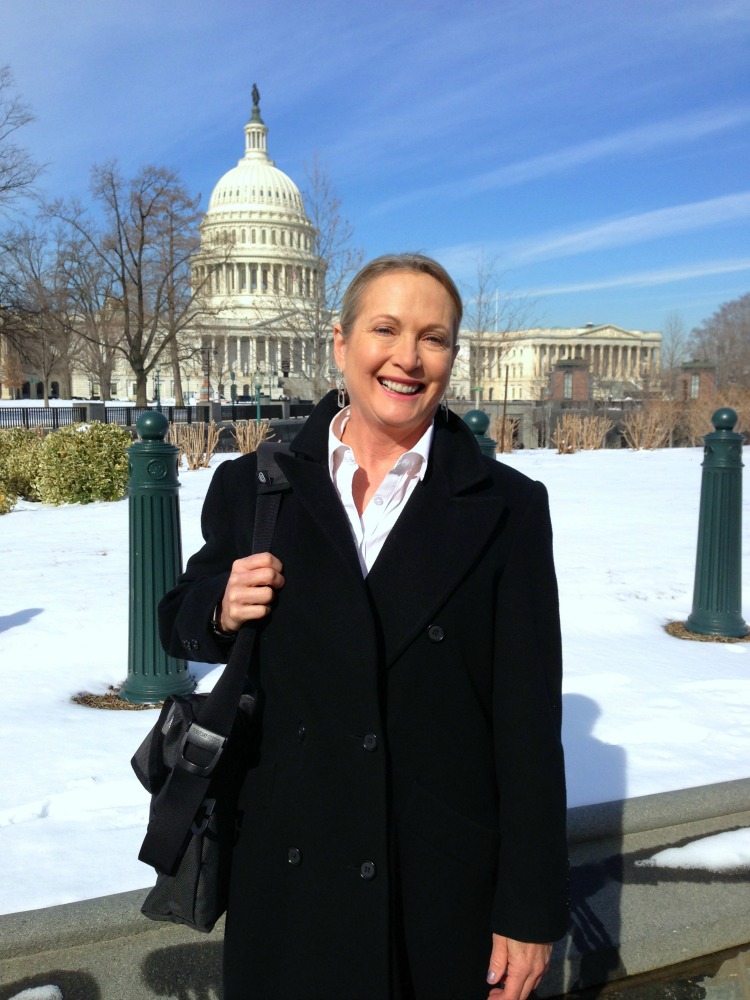 As the debate on transportation funding wore on in the House on Tuesday night, Representative Emmer of Minnesota introduced an amendment that would have cut communities’ ability to use their transit funds according to their own needs. The Emmer amendment would not allow New Start grants (these are outside of the Highway Trust Fund and come from elsewhere in the budget) to build sidewalks or bike lanes as part of a transit project. For many transit users, however, those same sidewalks and bike lanes provide the key connections needed to get to a bus stop. Right now, communities who receive the grants can decide for themselves whether those connections are needed. Rep. Emmer’s amendment would have taken away that local decision-making ability.

Not sure who your representative is? Find out here and contact him or her at the same time.

Thank you for reaching out to your elected officials to make Texas a better place to ride a bike!

Photo: BikeTexas’ Leslie Luciano at the US Capitol as part of the National Bike Summit in 2014. Visiting members of Congress reminds them that people who ride bikes also vote!

MISSION BikeTexas advances bicycle access, safety, and education. We encourage and promote bicycling, increased safety, and improved conditions. We unite and inspire people and provide a cohesive voice for people who ride bikes in … END_OF_DOCUMENT_TOKEN_TO_BE_REPLACED