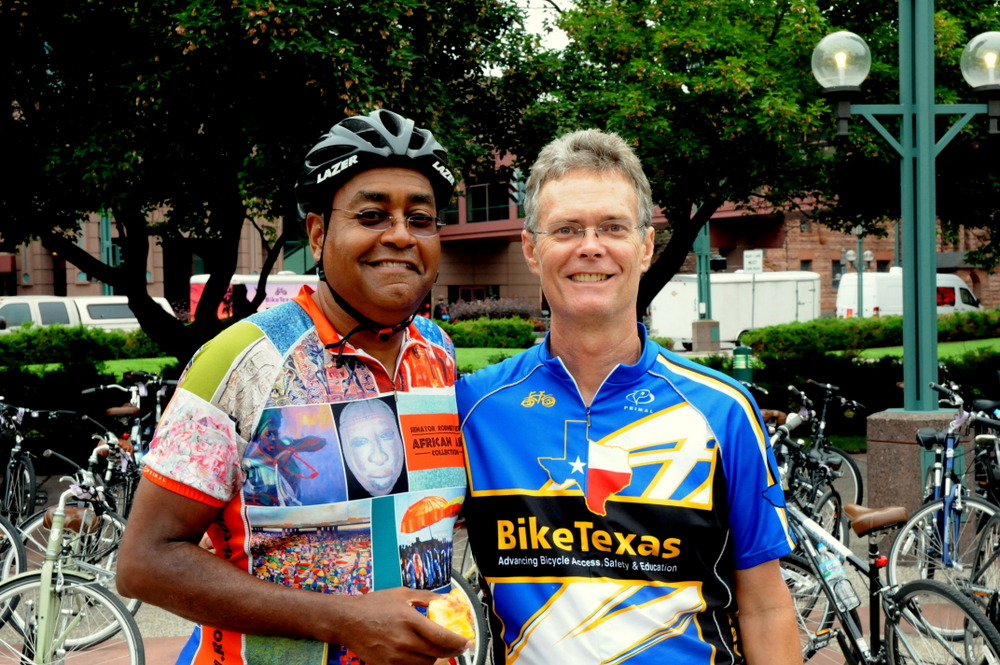 It all started in 2005 when Texas Senator Rodney Ellis, inspired by the success of the Sine Die Bipartisan Bike Ride, came to BikeTexas Executive Director Robin Stallings with an idea: Why not do the same kind of ride for legislators at NCSL as BikeTexas already does for Texas legislators?

BikeTexas jumped at the chance and a tradition was born. With local support from the Bicycle Alliance of Washington (now WashBike), we put on the ride for a dozen legislators and their families who were attending the National Conference of State Legislators (NCSL). Word spread quickly and the ride grew year by year to 2014 numbers: Over 150 legislators, their families, and their staff joined BikeTexas and BikeMN staff and volunteers on Friday, August 22, for the 10th NCSL Bipartisan Bike Ride. 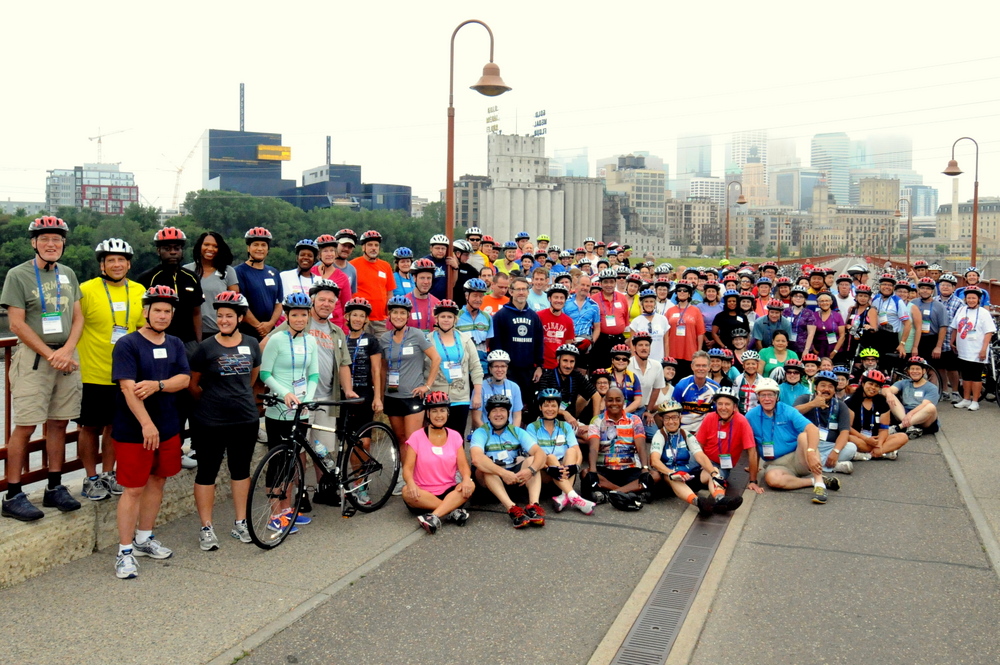 The Bipartisan Bike Ride is a great way to let lawmakers see firsthand what it’s like to ride a bike through a city, which translates to states taking greater steps forward to make their state bike friendly.

The bike ride is always held early in the morning to give participants a jump on the day and let them see the sights of the NCSL host city in the best way possible– from the seat of a bicycle. This year’s ride was about 10 miles at an easy pace through Minneapolis landmarks including Cedar Lake Trail, Stone Arch Bridge, the University of Minnesota campus, Hiawatha Bike Trail, and Midtown Bike Center. Minneapolis PD and EMS provided police escorts and EMT backup. BikeMN, whose great work in Minnesota has played a key role in its consistently being one of the best bicycling states in the U.S., partnered with us to showcase their city and its fantastic bicycling facilities. Staff and volunteers get up around 2 AM the day of the ride to get everyone safely rolling by 6:30. 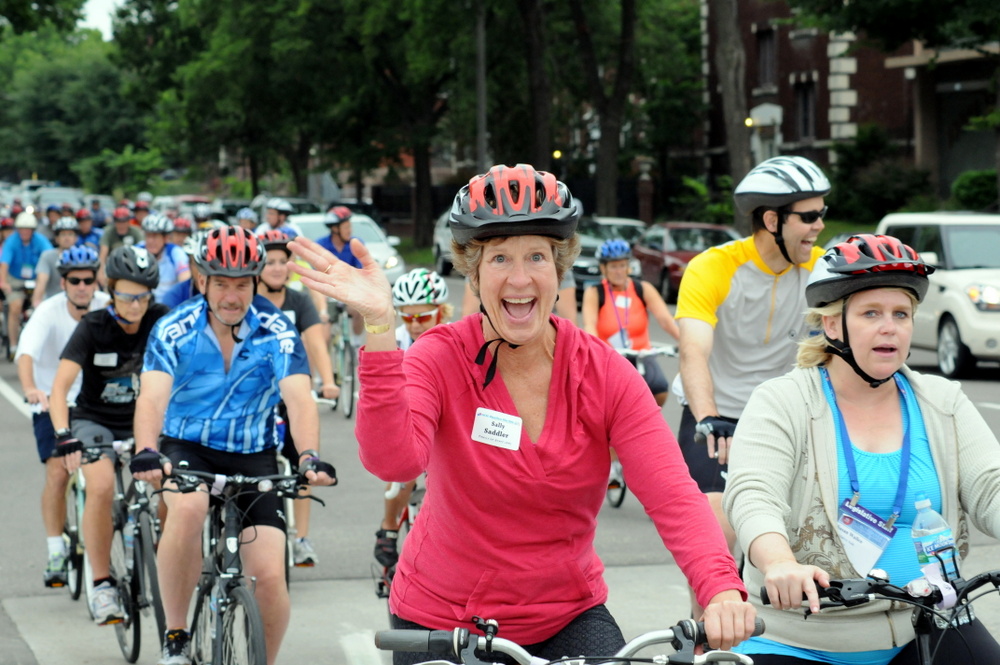 The best compliment the ride could possibly receive came from a participant from Arizona, who said, “I rode a bike ride for my first time this past week at NCSL and it was amazing! I was worried I could not make that long of a ride, and concerned with riding on the street. All of my concerns disappeared about 1/4 of a way into the ride. It was amazing! … Ongoing, I will definitely start riding in my own town!!”

Next year, the NCSL Bipartisan Bike Ride rolls back to its roots when the conference goes to Seattle. We can’t wait.

MISSION BikeTexas advances bicycle access, safety, and education. We encourage and promote bicycling, increased safety, and improved conditions. We unite and inspire people and provide a cohesive voice for people who ride bikes in … END_OF_DOCUMENT_TOKEN_TO_BE_REPLACED