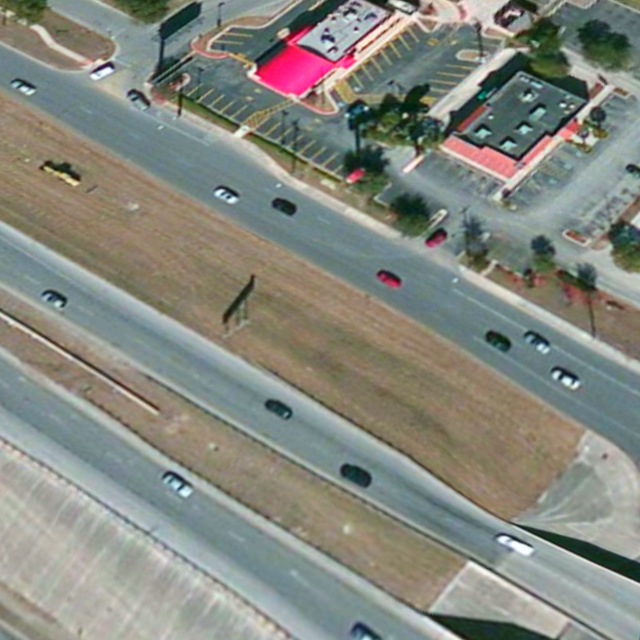 Loop 1604 is a major corridor for many San Antonio cyclists, who rely on the eight-foot shoulders on the road to stay out of harm’s way. In recent months, during a interchange construction project (at US 281), those shoulders were removed from the road in favor of wider car lanes.

San Antonio cyclists, alarmed and angered by this change, contacted TxDOT, the Bexar County MPO, and BikeTexas to protest the loss of the shoulders. On Wednesday, February 13, BikeTexas found out that the Alamo RMA had the authority to change the lane configuration, and that they had a public board meeting the very next day. BikeTexas contacted San Antonio cyclists to let them know of the next day’s meeting and staff members planned to attend.

Given only half a day’s notice, the turnout at the February 14 meeting was overwhelming– half a dozen individuals took time out of their days to encourage the RMA to support bicycling along this corridor. So many citizens turned out to speak that the agenda for the meeting was rearranged on the fly; the issue of the 1604/281 interchange was moved to the very first item to allow those present to avoid having to sit through the entire meeting.

BikeTexas Program Manager Jack Sanford spoke first, stressing the importance of this area to the thousands of BikeTexas supporters in San Antonio, and providing illustrations of shared lane markings and green paint that could make this area even safer for cyclists. He also provided extensive documentation that TxDOT is supportive of biking and walking.

Other citizen speakers included George Haegerty who works with USA Cycling, BikeTexas Member and local advocate Edgar Pace, bike advocate and member of the MPO’s Bicycle Mobility Advisory Committee John Yoggerst, and a representative of the Wilderness Oaks Alliance, a coalition of Home-Owners’ Associations in the area, who additionally urged the reduction of the speed limits on this access road.

Even more overwhelming was the response from the RMA board. They quickly agreed to fast track the change order to adjust lane configurations on the access road. The changes to be made will come before the RMA Board in March, then be sent on to TxDOT for approval. All in all, it means that 1604 won’t have wide shoulders again at least until April or May.

The RMA board members also detailed the long term plans for Loop 1604 that include a 15′ shared use path. Board Chair Robert Thompson stressed how important a statement this shared use path would make in terms of health objectives and also environmental objectives, as the project sits over the Edwards Aquifer recharge zone. RMA Executive Director Terry Brechtel spoke up to demonstrate she is a strong advocate for active transportation in all of the RMA’s dealings, and stressed that not only TxDOT, but also the City of San Antonio and the FHWA require accommodation of cyclists and pedestrians in the project. When Mr. Thompson told the cyclists in the room that they’ve got a great friend in Executive Director Brechtel, she admitted, “I’ve been on a bike or two.” Not to be outdone, fellow board member Reynaldo L. Diaz, Jr., also stated he is an avid cyclist, “Though I may not look like compared to others in the room.” Additionally, board Member Tommy Calvert, Jr. spoke in favor of cycling and asked pointed questions about why the shoulders were removed in the first place.

The answer to that is that the current plans for the 1604/281 interchange were first prepared in 2009, but were based on plans created in 2005, when bicycling was not at on the agenda for such highway projects. The RMA in 2009 was directed to simply use the 2005 plans. In addition, it was expected at that time that the future shared-use path and its main project– a major expansion of Loop 1604 itself– would be further along at this point and construction would already be underway.

Mr. Thompson encouraged all those present to continue to closely follow progress on the re-striping of the shoulder and the eventual construction of the shared use path. He thanked everyone for their input.

MISSION BikeTexas advances bicycle access, safety, and education. We encourage and promote bicycling, increased safety, and improved conditions. We unite and inspire people and provide a cohesive voice for people who ride bikes in … END_OF_DOCUMENT_TOKEN_TO_BE_REPLACED