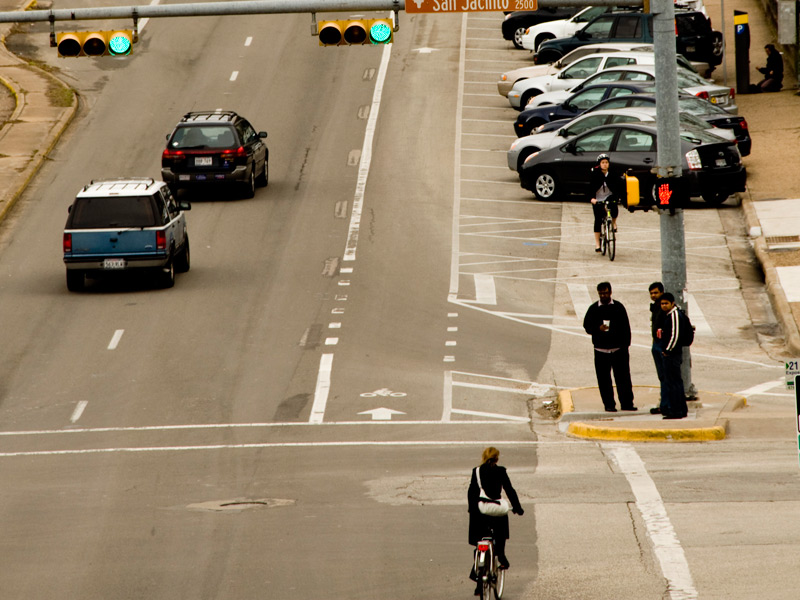 The Alliance for Biking and Walking has released their Benchmarking Report for 2010. This report is intended to mark the state of biking and walking around the country, and to help cities and states plan for better biking and walking programs and infrastructure.

According to the report, a lack of infrastructure for biking and walking is likely contributing to high rates of traffic fatalities and chronic diseases in this country. According to a 2008 study, co-authored by Texas Trails and Active Transportation keynote speaker John Pucher, European countries with much higher investment levels in biking and walking infrastructure show a corresponding increase in their biking and walking mode share. BikeTexas assisted by gathering data from a number of Texas cities for the report. Arlington, Austin, Dallas, El Paso, Fort Worth, Houston and San Antonio, as well as the state of Texas, are included in the report.

MISSION BikeTexas advances bicycle access, safety, and education. We encourage and promote bicycling, increased safety, and improved conditions. We unite and inspire people and provide a cohesive voice for people who ride bikes in … END_OF_DOCUMENT_TOKEN_TO_BE_REPLACED