You are here: Home / BikeTexas BikeNews / BikeNews; Advocacy / A Successful Bike Summit in 2009 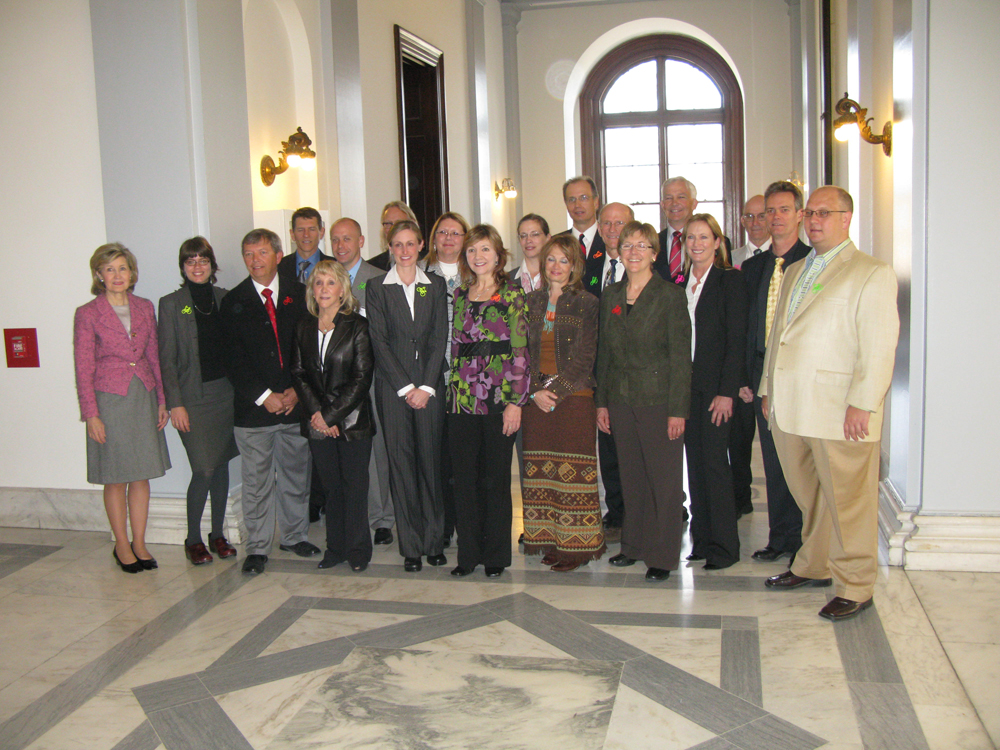 Thanks to all of you who attended this year’s League of American Bicyclists National Bike Summit, March 10-12, and helped make it the most successful and well-attended yet! According to the League, 580 people registered from 47 states and four countries, and we visited more than 350 congressional offices.

Our hardy band of 19 Texans included BikeTexas staff and members, members of local bike clubs and advocacy groups, and bike shop owners. Our whirlwind Thursday started at 7:30 a.m. at the Hart Senate Office Building and continued through the day with multiple stops in each House building. We first visited the offices of Senators Kay Bailey Hutchison and John Cornyn, then all 32 members of the Texas Congressional delegation.

The day ended with a reception in the Russell Senate Office building at 5:00 p.m., where hundreds of weary, but happy, citizen-lobbyists mingled with legislators (including Texas’ own Rep. Mike McCaul) and staff to celebrate a job well done.

The summit began on Tuesday, March 10 with registration and a dinner keynoted by Congressman James Oberstar, Chair of the Transportation Committee. It continued the all next day, kicking off with an address by Secretary of Transportation Ray LaHood, and continuing with comments from Reps. Earl Blumenauer, Dan Lipinski and Doris Matsui. The day was filled with workshops addressing topics such as the upcoming Transportation bill, Safe Routes to School, transit policy and urban trails.

BikeTexas Executive Director Robin Stallings, Congressman Mike McCaul (R-TX10) On Thursday, our priorities were to educate legislators and their staff about the Complete Streets Act (S. 584), introduced by Senator Harkin, and H.R. 1443, introduced by Representative Matsui) and the CLEAN-TEA: The Clean, Low-Emission Affordable, New Transportation Efficiency Act (S. 575), introduced by Senators Carper and Specter, and H.R. 1329, introduced by Representatives Blumenauer, Tauscher and LaTourette). We also encouraged those who are not members of the Congressional Bike Caucus to join, and thanked those who are for their membership.

Altogether it was a fun and fulfilling day (especially for Cindy Bradley of DORBA, Gail Spann of BikeDFW, and Jason Ross of Rockwall Cycling – all constituents of Congressman Ralph Hall, who sat down with them in his office and chatted for about 45 minutes!). If you weren’t able to make it this year, stay tuned! Bike Summit 2010 is only a year away, and we’ll update you with registration information next year.

MISSION BikeTexas advances bicycle access, safety, and education. We encourage and promote bicycling, increased safety, and improved conditions. We unite and inspire people and provide a cohesive voice for people who ride bikes in … END_OF_DOCUMENT_TOKEN_TO_BE_REPLACED