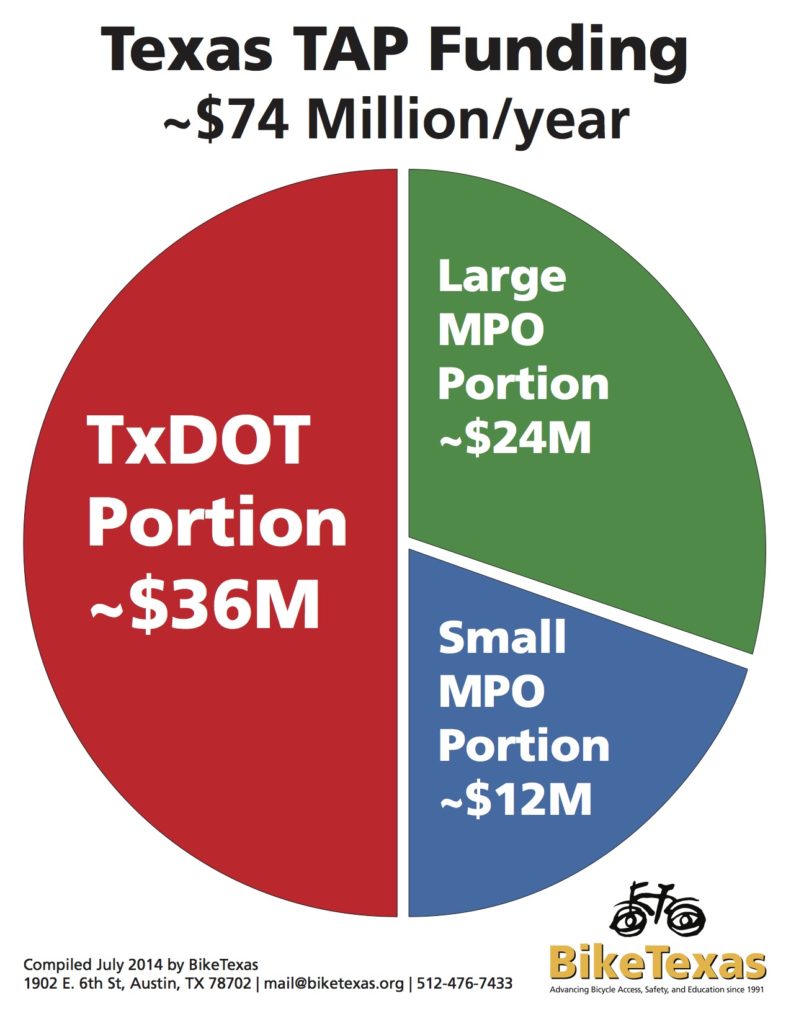 In April, BikeTexas Executive Director Robin Stallings spoke to the TTC. Robin addressed agenda item 4B, the Unified Transportation Program (UTP), reminding the Commission that when the UTP is updated it’s also a good time to revisit the current status of bike and pedestrian facility funding in the state. To watch Robin’s remarks, click here: http://txdot.swagit.com/play/04302015-615, choose agenda item 4B, and skip to 16:00. A summary of Robin’s remarks is below.

MISSION BikeTexas advances bicycle access, safety, and education. We encourage and promote bicycling, increased safety, and improved conditions. We unite and inspire people and provide a cohesive voice for people who ride bikes in … END_OF_DOCUMENT_TOKEN_TO_BE_REPLACED